Download product manuals and other important product documents in PDF.

Everyone wants to have a piece of history, an unique object of constant remembrance. We are beings with sophisticated and noble feelings about things that surround us. What defines us is uniqueness in our choices and our perception of the sights and sounds around us.

We're hankering for an immense inner world that is full of greatness and is coming from the great little things that put us in a joyful and vibrant state of mind. To experience music in its faithful reproduction, we need and demand the best.

Maestoso 2.0 is our company's crown jewel. A dream come true. Build by the highest standards and using carefully chosen elements, it sets standards of its own. Standards beyond limits!

Would a poem or a song stand on its own? No! You need a transparent medium to bring to life all the deepest insights and passion of the writer. You don't want to think about the process. You just want to feel what an artist felt in the time of creation and forget about technology. You want pure, unconditional and unmotivated reciprocation.

Maestoso 2.0 will take you there before you have time to think and will leave you in your musical abode. It will seduce you with its silk and soft nature and embrace you with the warmth of its character.

An all wooden enclosure built by the best craftsmen helps to preserve the natural timbre and spirit of the sound. A first class inner chamber and resonant free body guarantees a dynamic and controlled reproduction of your favourite musical reveries.

Some products set the standards, evoke pride and give you instant gratification. Maestoso 2.0 is one of them. The classic and the reference. 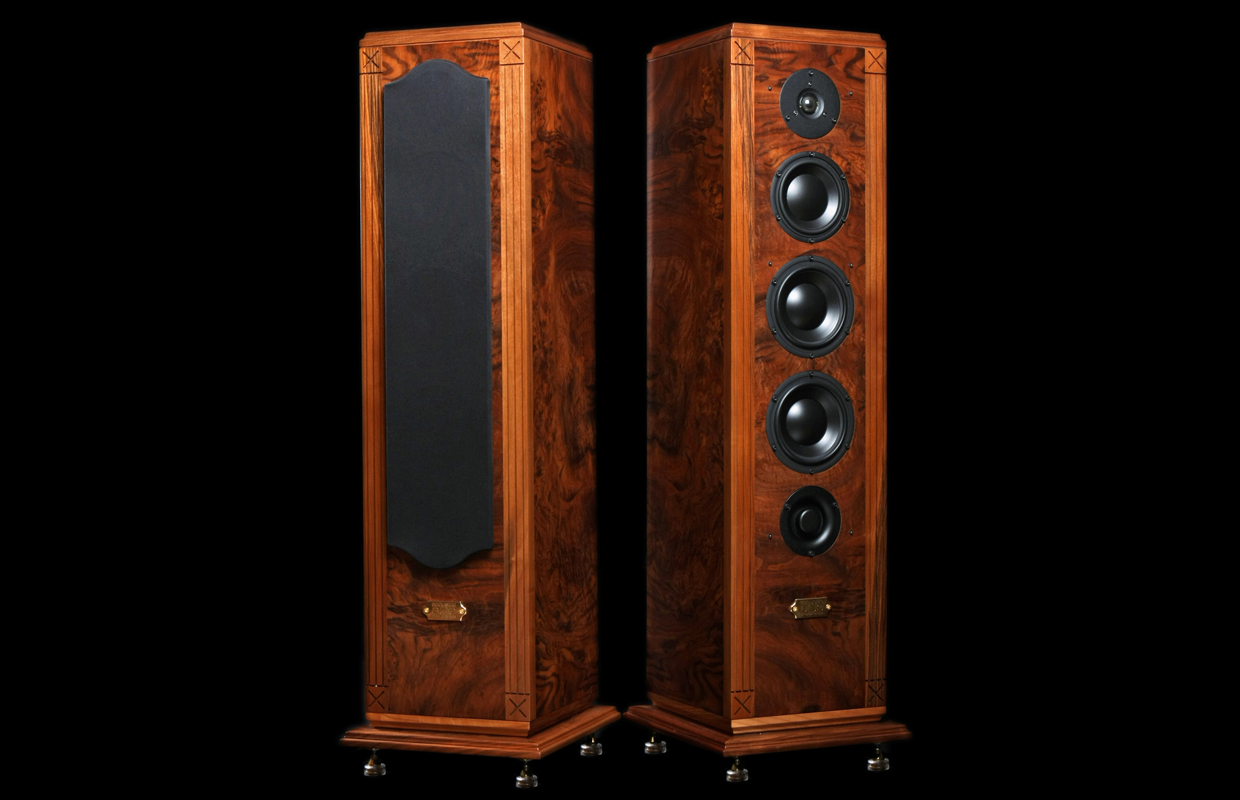 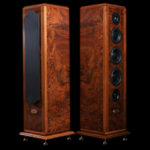 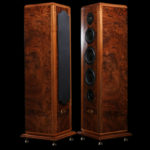 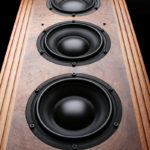 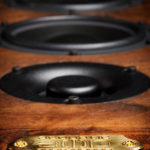 The general idea and pathway in creating Maestoso loudspeakers was their unique design. Because of their special design, Maestoso loudspeakers can be integrated into surroundings equipped entirely with antique furniture, or it can be placed in modern decorated rooms as a counter balance with special emphasis on ambience. There are very few loudspeakers in the world that can be matched with quality, solid furniture; therefore, decorators come across a considerable number of problems when arranging living spaces that require balance and total order. Maestoso gives you a chance to combine your most precious pieces of furniture with our exclusive loudspeakers, which will refine and embellish any living space.

We can adjust the style of ornamental crossbars on the loudspeakers to any style of antique furniture you own. You have the choice to adapt the Maestoso loudspeakers totally to your needs and taste, nevertheless, the basic model is designed in a way to suit most antique ambiences.

IIn conclusion, some words about the housing construction. The basic material is 2x28 mm thick MDF veneered with American walnut and, finally silk lacquered. As a result of inserting strengthening elements and ventricles into the housing's inlay, we have managed to design our loudspeakers to be as stiff as they can get, ridding the units of unwanted vibrations and negative influences on the loudspeaker's sound. The pedestal, upper plate and all ornamental wooden crossbars are made from massive, solid walnut wood. The quality of the housing of Maestoso loudspeakers does not even fall behind the best quality furniture with historical value.

Silk polish was chosen as the finishing method on the wooden surfaces of the loudspeakers in serial production. With agreement of the Acoustic Preference team, you can also choose waxing as the finishing method for the wood instead. The waxing method ensures the natural appearance of the wood, as well as keeping it organically correct. What's more, maintenance of the loudspeaker is easier with the waxing method since you can easily re-wax your loudspeakers at home. This way, the product will always glow, as new.

Maestoso Loudspeakers are large floor-standing units with two bass drivers, so special attention was dedicated to the planning and testing of bass sounds. We wanted to offer loudspeakers that have the advantage and notability to fit and play exceptionally in all living areas. For that purpose, we designed the housing with a bass port opening on both the front and back panel of loudspeakers with a special tap enclosed to plug one of the openings. With the back opening closed, we can place the loudspeakers closer to the back wall, or we can plug the front bass port opening and place the loudspeakers further away from the back wall. If we place the Maestoso loudspeakers in a larger room with enough space for proper placing, we can leave both ports open. In sum, there are many possibilities for the fine adjustment of bass sound frequencies.

For acoustic preference, the Maestoso-line was a very special project from the start. It was a difficult one, but at the same time, also the most rewarding. This was a dream project for every designer and producer from the drawing board to the last production detail.

The technical structure, drivers and crossovers for Maestoso speakers were selected and tuned after more than two years of comparison, computer simulation, measuring, listening… and listening again.

From the start it was obvious that we needed some very special driver units. Morel was chosen after numerous comparisons for many reasons, the most important being that no compromise was needed. Morel's speaker units are well-known and regarded as some of the most technologically advanced, innovative and unique designs available. Their high-end technology, Uniflow™, Hexatech™, Hybrid™ Neodymium/Ferrite magnet system, Underhung voice coil, Replaceable Acuflex™ dome / coil assembly, used in drivers have set new standards for musical reproduction, technically and sonically.

Custom-made and matched in pairs, the speakers were individually measured and tuned for our needs and desires; total control, transparency and musicality. Due to their extremely flat and even frequency, combined a with smooth and extended roll-off, we were able to implement them with straightforward crossover and minimal frequency corrections.

The flawless integration of separate frequency bands is what makes this speaker much more than just the sum of its units. Melted together with perfectly tuned three-way crossover, they disappear individually, giving you monolithic and fluid musical presentation from the bottom to the top of frequency range. For this task, all crossover components are supplied by Mundorf, a company that has been internationally acclaimed as the ultimate crossover parts producer. As for inductors, their Air Foil Coils made from 99.999% pure OFC copper with Polypropylene insulation are used. All capacitors used along the signal path are their outstanding MCap® SUPREME, paired and matched to lowest tolerance. Finally they are all combined with electrically and mechanically optimised, non-resonate printed board for the crossover module itself.

For preserving even the smallest musical detail, internal connections are also of utmost importance.

From speaker connections, through crossovers, to the quality Bi-wire terminals.

All connections are made entirely with Solid Silver/Teflon insulated wires, custom made and braided for us in USA.